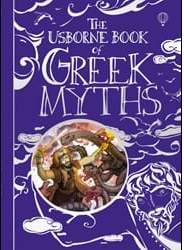 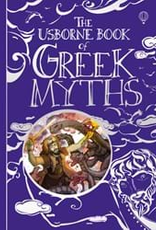 A sumptuously illustrated treasury of Greek myths filled with lively retellings of stories of brave heroes, powerful gods and terrible monsters, presented in a luxury, cloth-covered hardback. With thirty-two popular and exciting stories including “Pandora’s Box”, “The minotaur and the Labyrinth”, “Jason and the Golden Fleece”. Illustrated notes in the margins offer further insights into the history of Greek myths. Includes an extensive reference section with illustrated maps of Ancient Greece, a glossary of tricky words, a huge Who’s Who of heroes, monsters, Gods and locations and an online pronunciation guide to Greek names.