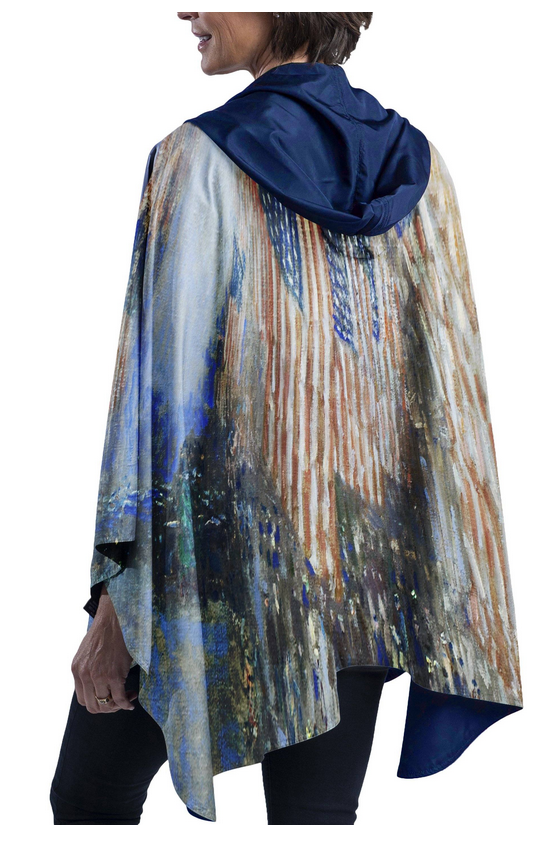 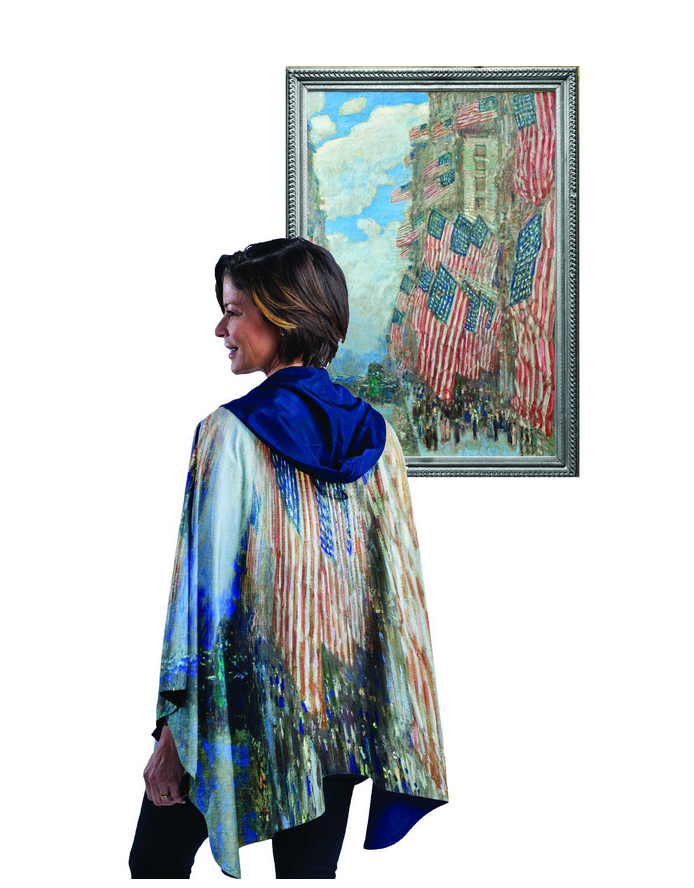 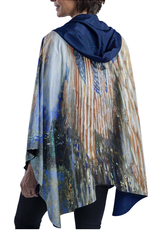 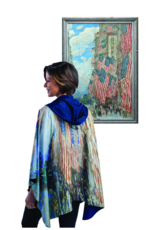 Childe Hassam’s colorful salute The Fourth of July, 1916 (The Greatest Display of the American Flag Ever Seen in New York, Climax of the Preparedness Parade in May) is a glorious sea of American flags, crowded streets, and Fifth Avenue skyscrapers, and a beloved work of American Impressionism. Salute the red, white, and blue with a Hassam The Fourth of July  travel cape. Wear the Navy side out as an elegant neutral; reverse to The Fourth of July print and show your true colors. Carefully adapted from the original oil painting, now in the collection of the New-York Historical Society Museum & Library, NY.

Add your review
0 stars based on 0 reviews