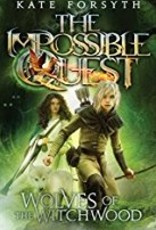 Aboard the Star of Deltora with her three rivals for the Trader Rosalyn Apprenticeship, Britta knows that she has to keep her wits about her. She desperately wants to win the contest, but of course Jewel, Sky and Vashti feel the same, and of course one of them, she knows, is a ruthless enemy who will stop at nothing to succeed.

Britta is ready for trouble, but as the voyage fails to go as planned, and rumours of evil magic sweep her beloved ship, she starts to wonder if she has more to fear than simple human wickedness.

And nothing can prepare her for the terror that awaits her in the perilous, forbidden swamplands of Two Moons.